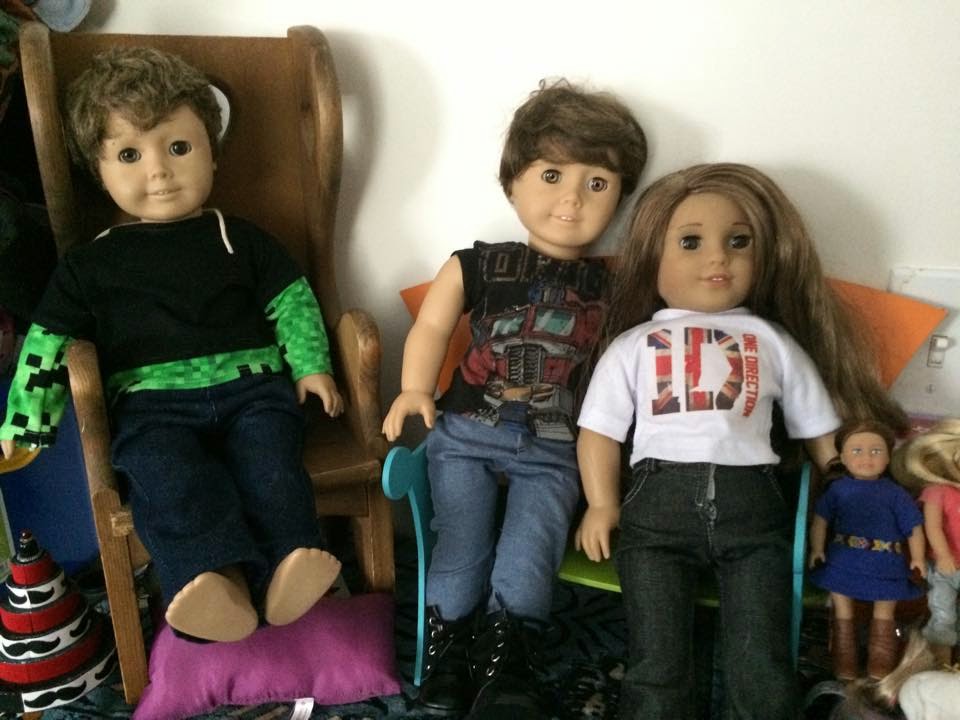 These are my kids custom look a like dolls. I took a JLY and turned her into a him and made him my 5 year olds doll. He is wearing a Minecraft shirt because that's his owners favorite thing. The middle doll is one of my new ones I got this week. Months ago I bought Kirsten as a TLC and intended to fix her up and ended up damaging her more so I decided to keep her and turn her into a doll look a like for my oldest son. Tara hand painted his eyes since AG doesn't have an amber color and rewigged him. He is wearing a Transformer's shirt because his dad used to collect Transformers toys. Then my daughters look a like is a Marie-Grace with an ice swap and an updated part.. its still her original wig but her ringlets were flat ironed and her part was moved to the side. She is wearing a One Direction shirt since my daughter is 12 and is a total Directioner haha 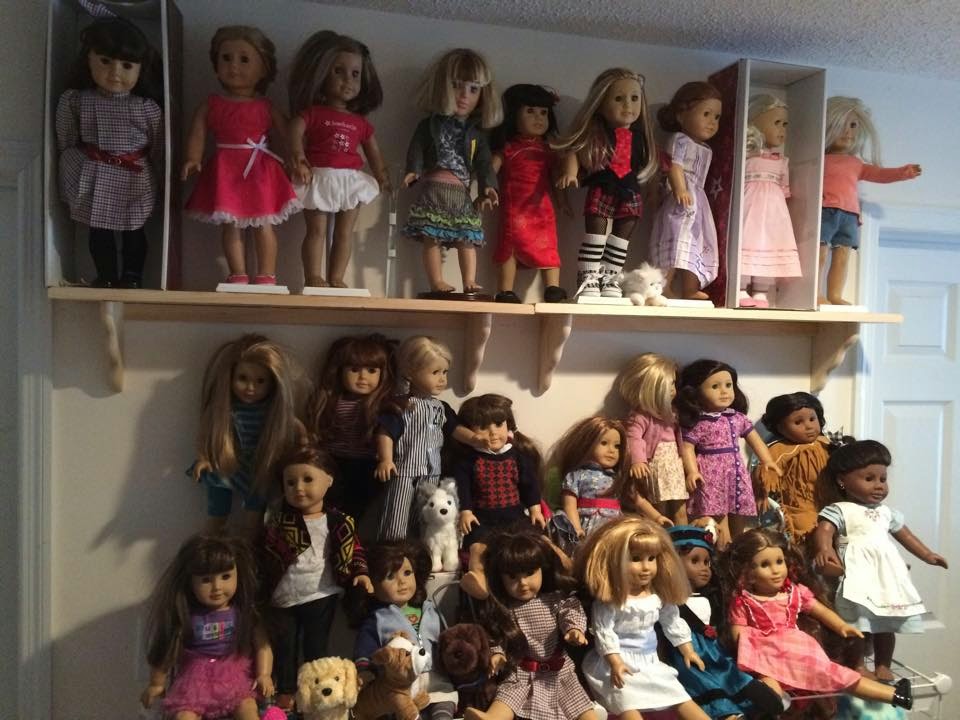 The rest of our collection.. I need more shelves I think. Caroline just arrived today as I think she will be retiring at the end of the year... 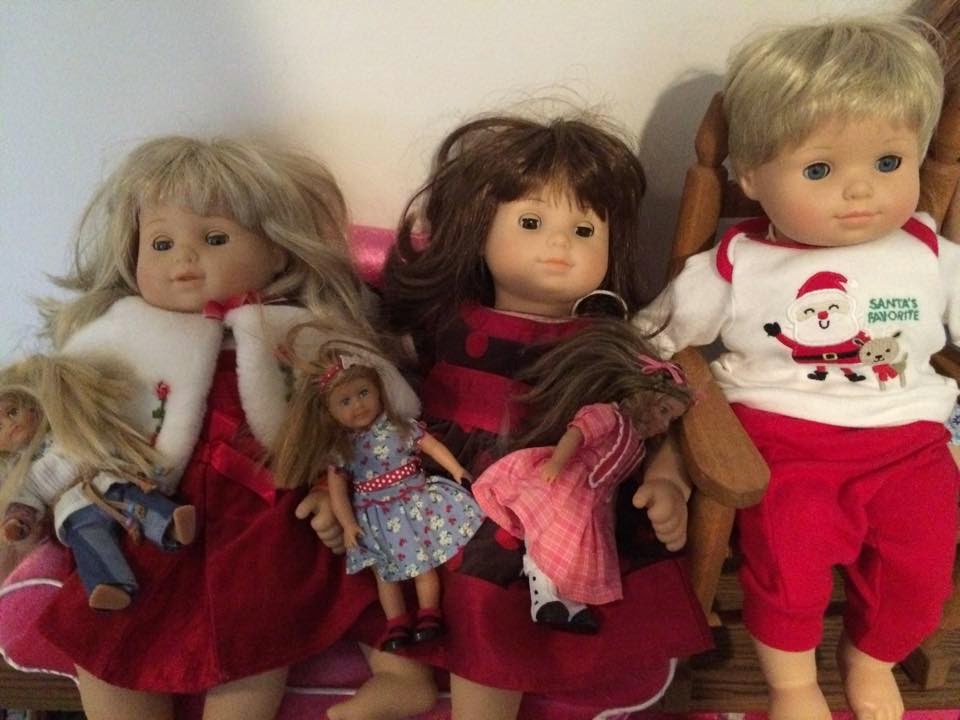 and our Bitty Babies and Mini dolls :) SOME of our Mini Dolls lol 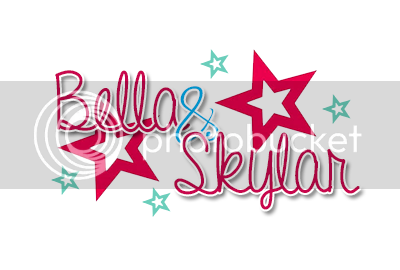 Posted by Bella Stevens at 3:48 PM No comments:

Email ThisBlogThis!Share to TwitterShare to FacebookShare to Pinterest
Labels: 2015 April, show off thread, The Crew

What do the body tag on your doll mean?


I was asked a question about a body tag... The only time I would use a body tag is to identify whether or not it was an actual American Girl and not just a fake one but anyone can print made for American Girl can't they? Body tags aren't a good indicator of much... In my years its rarely even brought up. Some people are thinking the numbers on the tag can tell you what doll it belongs to... I haven't really heard much confirmation on this....

So I did a bit of digging.. My two favorite resources American Girl Wikia (not to be confused with Wikipedia) it says that Body tag.
Since Mattel's ownership, each doll has a body tag sewn onto the right side of their body. The text is as follows: Made in China Exclusively for American Girl Middleton, WI 53562 For a while, several had typos that said "American Gril". While there is a year imprinted on the tags as well, it generally has nothing to do with the doll's manufacturing (most say "2008").
http://americangirl.wikia.com/wiki/Basic_Doll_Anatomy

Then American Girl Playthings says... "Some but not all dolls have tags sewn into the side of their cloth bodies.What Do Body Tags Tell Us About A Doll?The short answer is: not much.Body tags are not an effective way of dating a given doll's year of production. Dolls from the 1980s (including all white body dolls) will not have body tags. The tags didn’t begin to appear on dolls until after Addy’s release in 1993, but the majority of dolls manufactured before 2000 do not even have body tags. To complicate matters, it is believed that only certain factories manufactured dolls with body tags. The earliest body tags usually read either “Made in West Germany for Pleasant Company, 1986” or less commonly “Made in the U.S.A. for Pleasant Company, 1986”. These original body tags are seen on the first 5 Historicals and the original 20 Girl of Today dolls. No pre-Mattel era dolls have will American Girl body tags.What Does the Year on the Tag Mean?The year listed on the tag tends to confuse people. The year does NOT correspond to when the doll was manufactured. The year found on an AG tag is related to the copyright for the product, not its date of production. Body tags have become more common since Mattel acquired Pleasant Company in 1998. They are present on virtually every doll manufactured since the early 2000s. The majority of the Mattel-era tags read “Made in China for American Girl, Middleton, WI 53562”. There are some variations in the American Girl Body tags: some are labeled 2008 and some even contain misspellings (Ameican Girl, American Gril). Body tags became ridiculously long starting in September 2011, presumably to include all the everything-you-really-didn't-care-about required information toys need to disclose to consumers today. How Do Tags Influence Value?In general, the presence or absence of a body tag doesn’t influence the value of the doll. Depending on the subjective whims of the market, Pleasant Company dolls with either West Germany or U.S.A. bodies may resell for more than their tag-less counterparts, but there is nothing intrinsically more valuable about these dolls."

Dolls made in the late 1990's have a tag sewn to the side of the cloth body which states: "Made in China Exclusively for American Girl, Middleton, WI 53562". The majority of dolls made before