About the American Girl Lines 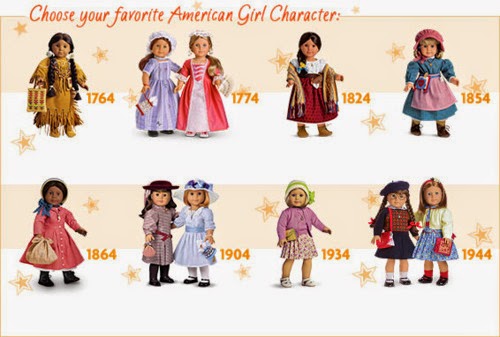 There are a few different lines of dolls are/were sold through AG. Historical aka Beforever, Girl of the Year, My American Girl AKA JLY, Wellie Wishers, the Contemporary Line, Bitty Twin, and Bitty Baby. Historicals are available sometimes for many years predictability of retirement of these comes and goes. They recently launched the new Beforever line complete with all new outfits and Samantha and Felicity were brought out of archives. We don't know when and if AG will bring another out of archives but rumors of Molly being next. When they want to archive a doll it works like Girl of the Year.. they are available until they sell out or December 31st usually. 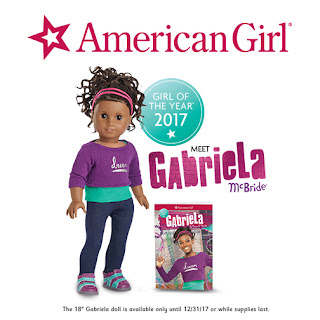 Girl of the Year is released once a year and they are archived when they sell out or December 31st. Girl of the Year is based on current times and often the characters have challenges they have to overcome.. Isabelle was kinda bullied, she didn't feel good enough, she felt like she was in her sisters shadow, Saige had her program cut at school and grandmother was sick, McKenna had a learning disability. Girl of the Year started in 2001 with Lindsey and Lindsey was out two years, Then Kailey was the next also out two years, Chrissa in 2009 was the only girl of the year to have friends in her collection 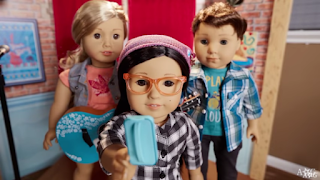 The new contemporary line is that of Nashville singer Tenney, her bandmate Logan (the first official boy), and Suzie "Z" Yang a hopeful filmaker. 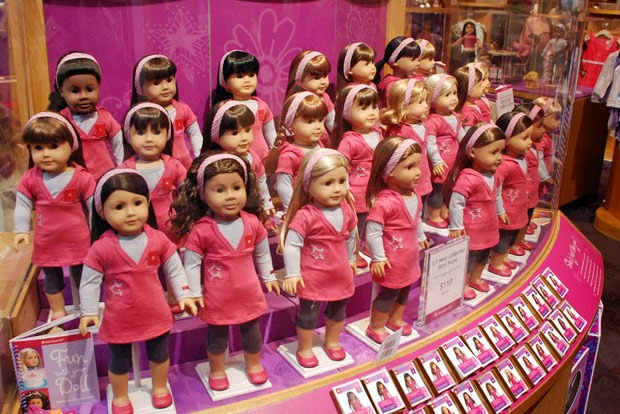 JLY or Just Like You is line is basically a design yourself line but it can't be too customized AG wants your child or yourself to pick out your favorite doll from that line or one that looks closest to you or your daughter and you can make her whatever you desire (Skater, Skier, braces, geek, fashionista) and basically tell your own story. There is a retired set of blank books to write your own story. American Girl will soon have more options for customization, The JLY, Historical-Beforever, and GOTY are all 18 inches tall and can mostly share clothes. 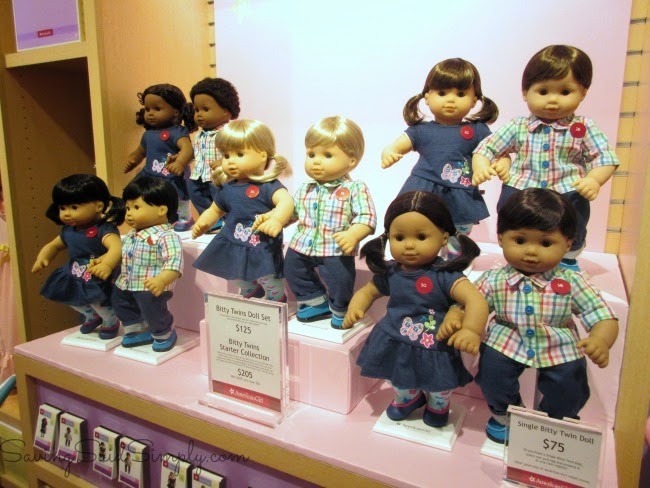 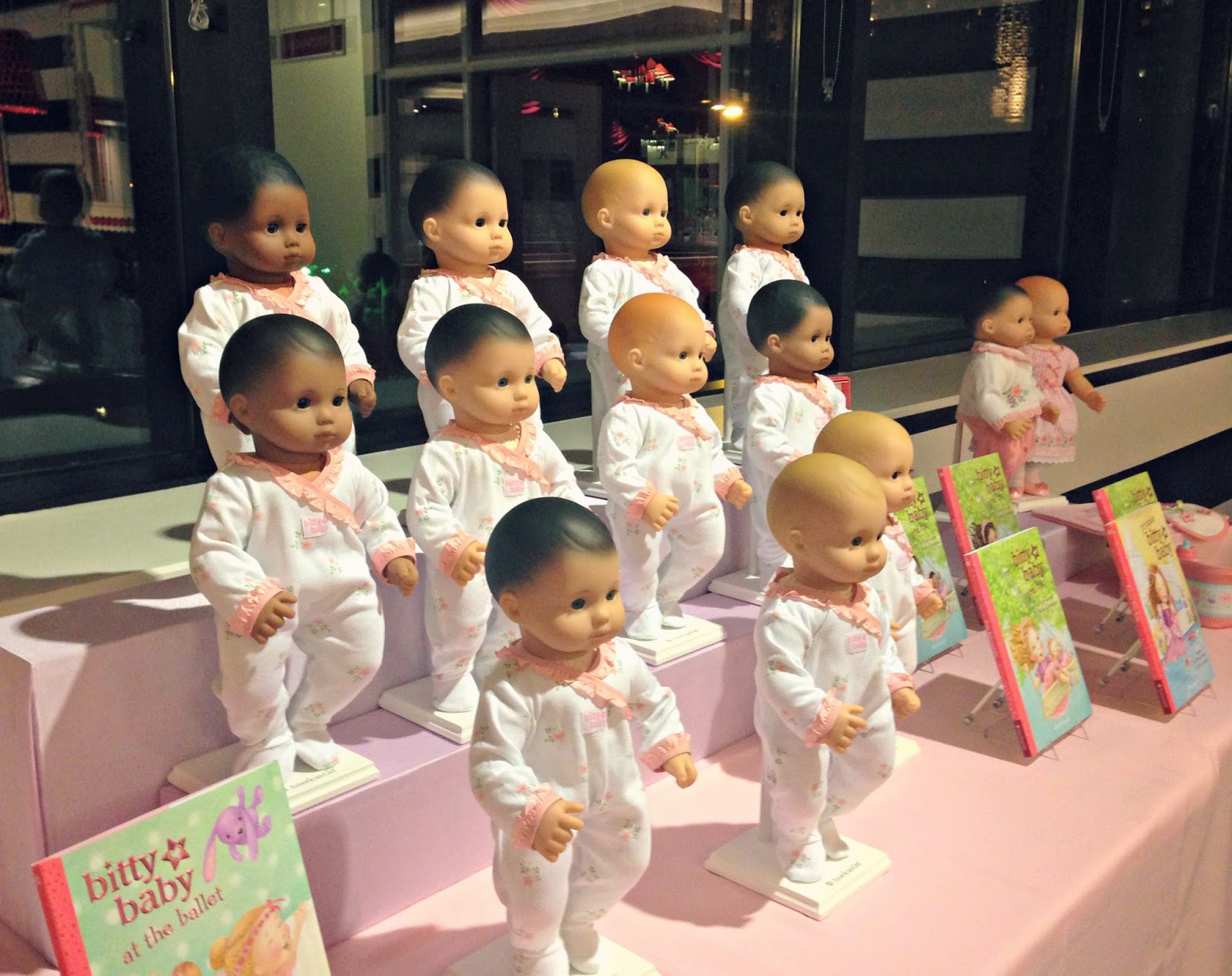 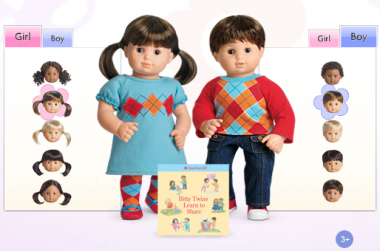 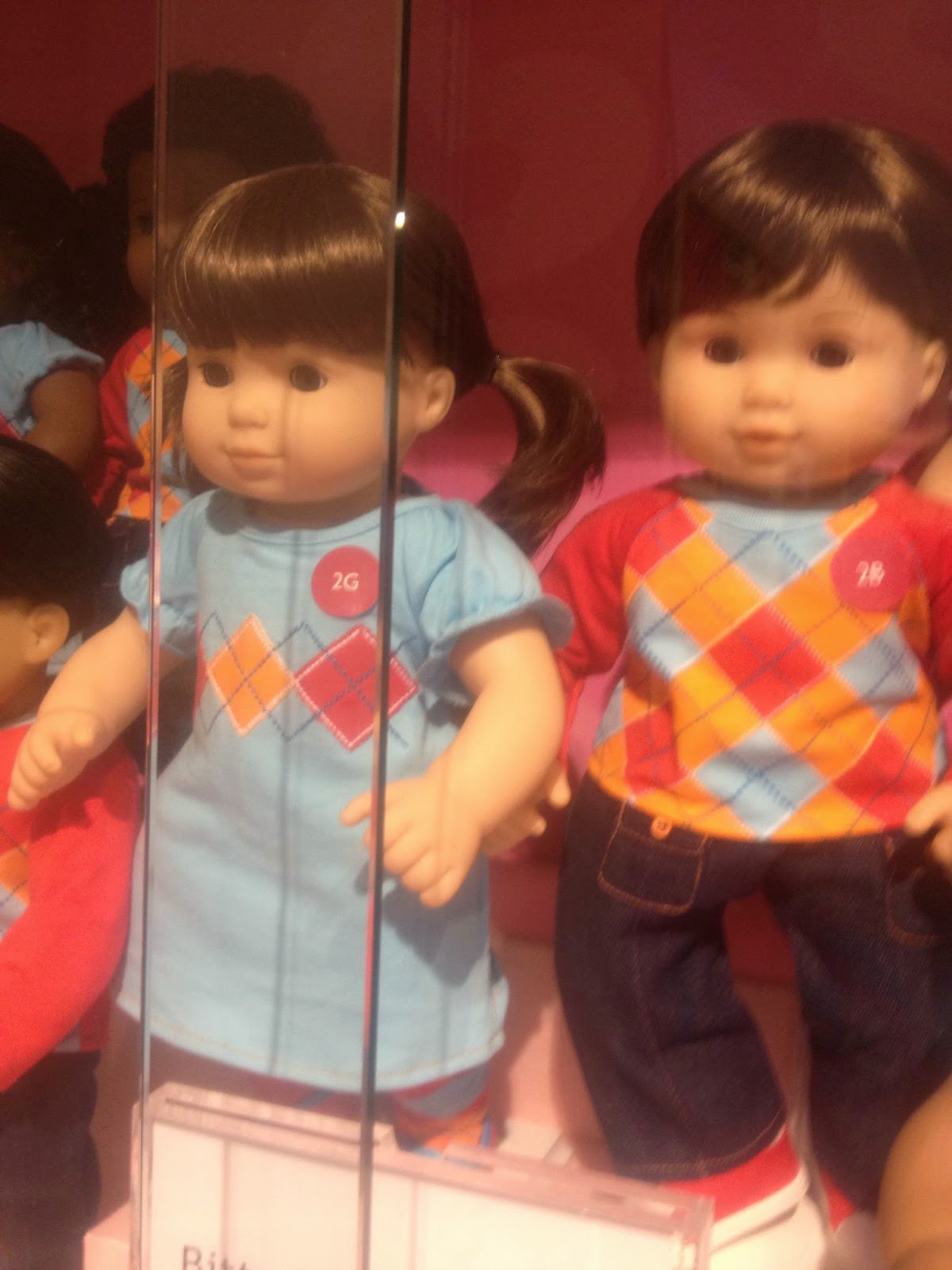 Bitty Twins are babies (Toddlers) with hair and you can buy them separate or together. They were retired in 2016. Bitty Babies have kinda painted on peach fuzz or molded hair and both of those lines are 15 inches but sometimes can share clothes with the 18 inches too! 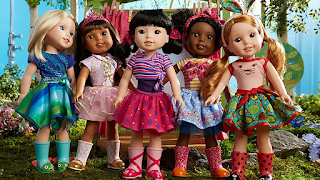 WellieWishers is a line of all-vinyl dolls released by American Girl in June 2016. The line is named after wellies, a term for Wellington boots/rubber rain boots that was popularized in the United Kingdom. They are, as a line, designated to cover the span of elementary-aged children five and up who may be too young for handling the mainline American Girls, but feel too mature for the preschool style clothing and infant focus of the Bitty Baby line. They are 14 inches tall.

Posted by Bella Stevens at 4:59 AM

Email ThisBlogThis!Share to TwitterShare to FacebookShare to Pinterest
Labels: 2015 January, FAQ, Getting started